DJ AM Brings The Heat 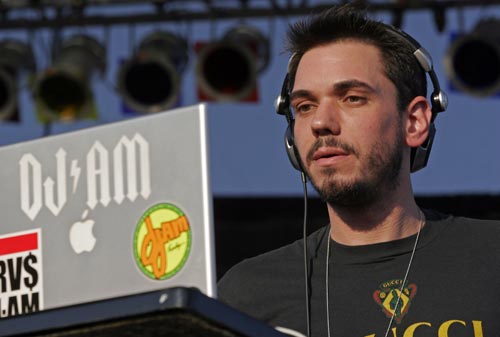 It’s been less than a month since DJ AM, who obviously has some sort of deal with Satan, survived a jet crash that took the lives of four others. Two skin-graft surgeries later, AM was back to work last night, manning the decks for Jay-Z’s concert marking the reopening of the Hollywood Palladium. And by manning the decks we mean fiddling with keys on his laptop.

It was hard to tell if DJ AM had any visible scars from the crash since he was so unfortunate looking to begin with. DJ AM kept his energy high, waving his hands wildly in the air before dropping and rolling around the stage numerous times throughout the rap star’s set.

Jay-Z quipped after the show that DJ AM was “burning up out there” and “the kid was definitely on fire”.