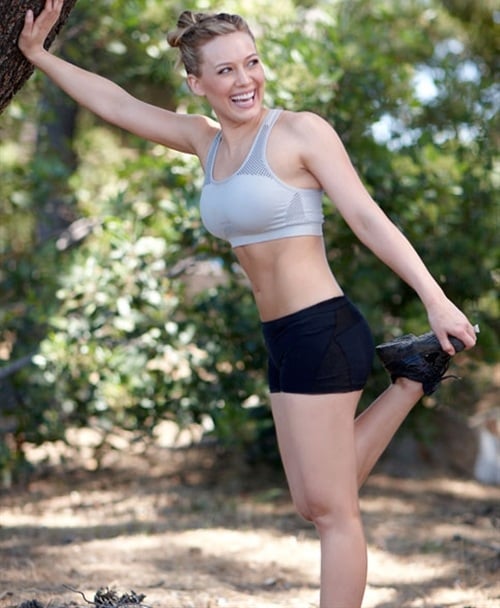 Hilary Duff striped off her clothes and appeared in public wearing nothing but a skimpy pair of spandex shorts and sports bra, offending us Muslims with her disgusting female body.

The sports bra is one of the most offensive pieces of Western clothing I have ever encountered. Heathen whores like Hilary Duff think that just because they add the word “sport” to something it means it is socially acceptable for them to wear out in public. A sports bra is still a bra! It should remain covered in public, preferably by a burka.

If Hilary Duff does not change her ways then I will be forced to teach her a lesson by showing up at her house to do my yoga wearing nothing but my sport nipple clamps and sport assless chaps. Allahu Akbar!