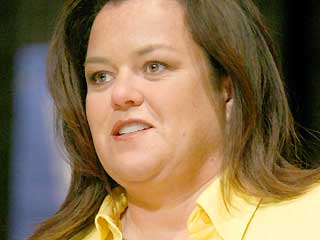 LOS ANGELES – If the “baby bump” on her neck is any indication, Rosie O’Donnell’s chin is pregnant.

The actress, comedian, and talk show host created a stir earlier this month when she appeared on ABC’s Good Morning America with a “noticeably pregnant bulge” on the bottom of her jaw.

O’Donnell ignored reporters’ questions regarding the bump, but Celeb Jihad is reporting that a source close to O’Donnell can confirm that she and her jowls are “thrilled to be adding another chin to the fold.”

While the source could not confirm the identity of the father, insiders are speculating that it may be none other than O’Donnell’s long-time friend and companion Mr. Goodbar.