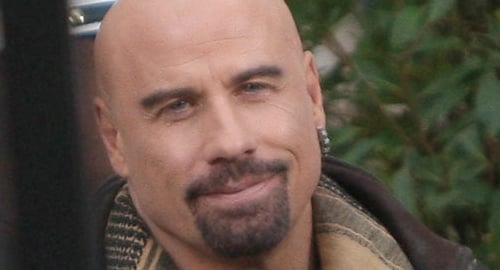 John Travolta recently took a break from looking and acting like Mr. Clean to do something Mr. Clean has had to do his entire life – fight gay rumors.

Gossip site Gawker posted an excerpt from a book being shopped by openly gay author Robert Randolph in which it claims that Travolta was a fixture at spas that tacitly allowed anonymous gay sex. The accusations are graphic and frequent, stating that Johnny T couldn’t get enough of the love that dare not speak its name.

The excerpts state since his early 40’s, Travolta had been hanging out at the Lions Spa in Los Angeles, quite conveniently located just a few miles from the Scientology headquarters. The short distance probably allows Will Smith, Tom Cruise, and Travolta to save hundreds of dollars in gas from one Scientology hangout to the other.

The long-running rumors of Travolta’s homosexuality aren’t helped by the fact that his on-screen chemistry with women was at its most convincing in “Grease” in 1978. Since then he’s known for playing effeminate hit men, effeminate computer hackers, and, occasionally, an effeminate FBI agent that gets a face transplant to disguise himself as Nicholas Cage, who isn’t effeminate, but is pretty damn crazy.

The Gawker piece can be found here. While it’s unsubstantiated, it’s worth a read just to discover what Travolta’s “type” is. Spoiler alert: Middle Eastern with dark features. I guess he isn’t all bad after all.