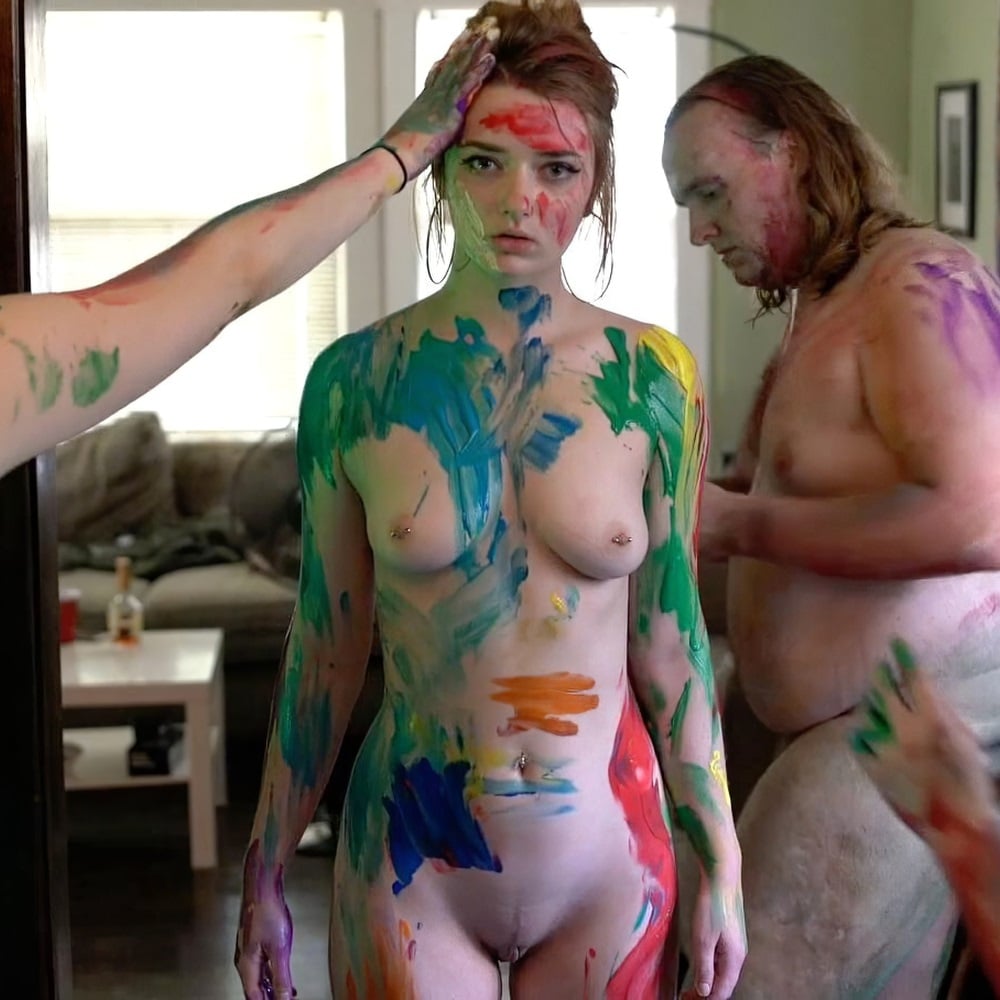 Chief Elizabeth Warren appears to be pulling out all the stops to win the Democratic nomination for President, for after promising to remove the southern border, give illegal aliens free healthcare, cancel all student loan debt, and pay blacks reparations, she now appears to use actress Lindsey Normington’s fully nude body to make a statement in her newest political AD below.

There is certainly no denying that Lindsey Normington’s naked dangling titties and piss flaps provide powerful imagery that should play well with the Democratic base. Not to mention that the nude obese feminists and micropenis incel finger painting Lindsey’s body perfectly encapsulate Warren’s supporters. However with that said, one must question her judgement and commitment to diversity with the shocking lack of handicap black lesbians in this video.

Of course it remains to be seen if this bold commercial will end up hurting Warren in the general election when she must court more moderate voters who may not necessarily relate to these sorts of grotesque nudist body painting gatherings.