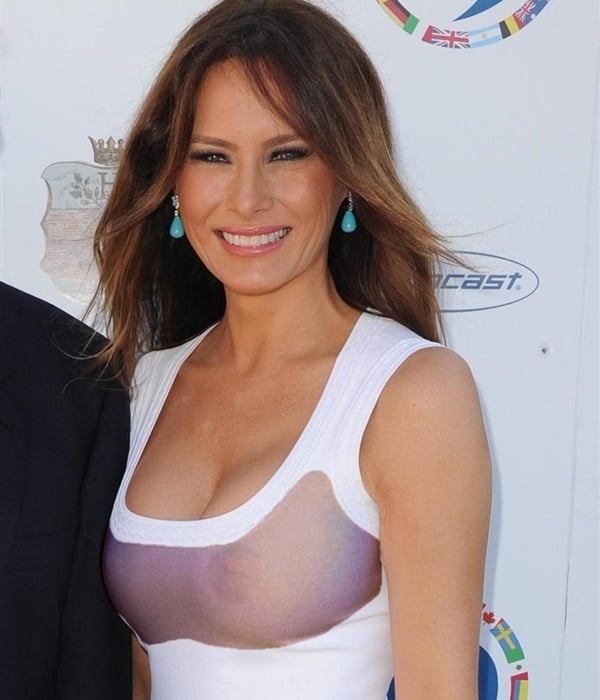 Republican presidential candidate Donald Trump continues to be lambasted in the infidel mainstream media, and rightfully so as he is a hateful bigot who wants to ban us Muslim jihadists… I mean “refugees”, from coming to the great Satan America and culturally enriching the morbidly obese hell bound kuffar populace.

To deflect from all his negative press, Donald Trump has had to resort to calling into talk shows and ranting on Twitter, but now he appears to be breaking out the big guns as his wife Melania shows off her boobs in a see through top in the photo above while his daughter Ivanka flaunts her mammaries in the equally sheer top in the photo below. 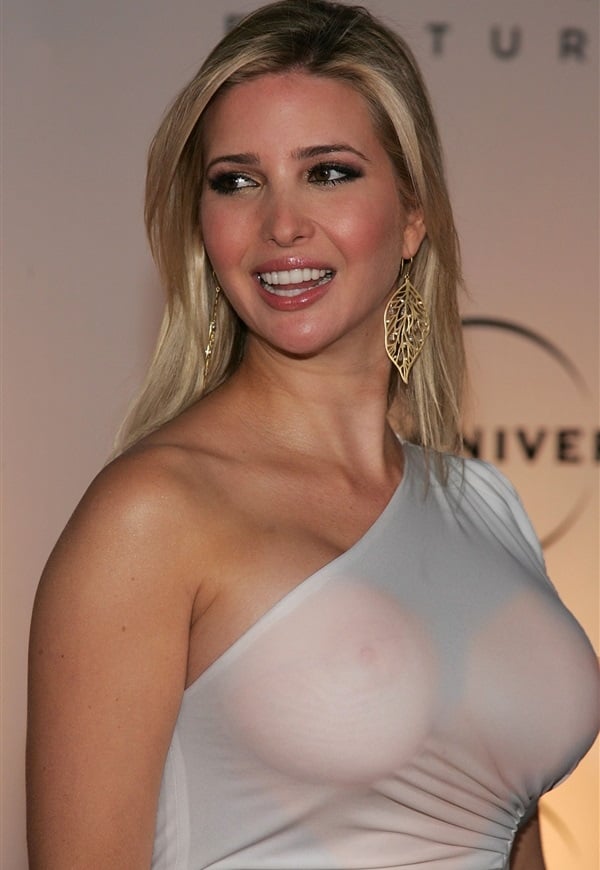 Seeing Melania and Ivanka’s breast meat like this will certainly help raise the polls in Donald’s favor in the degenerate United States. However, political experts agree that Donald played this Trump titty card too early, and unless Melania and Ivanka are planning on exposing their sphincters in late October, the bump from their overt sluttiness will wear off by November.

And thank Allah for that, as the Saudis didn’t give Hillary Clinton a hundred million dollars (source) just to watch her lose to this family of kike loving Jew Yorkers.