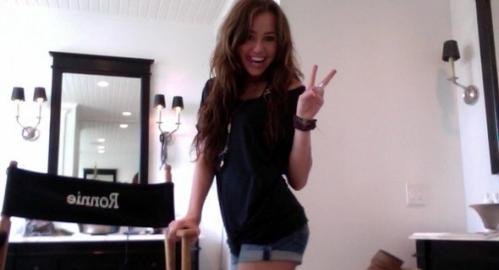 “FYI Liam doesn’t have a twitter and he wants ME to delete mine with good reason.”

When reached for comment Liam had this to say, “Bitch needs to focus on making me a sandwich!” Liam continued with a profanity laced rant about how Miley spent too much time “twattering” and not enough time giving bjs.

However, it seemed to be Miley’s slacking in her sandwich making duties that had him most upset. “When I say I want a sandwich I mean right now. I don’t mean 2 minutes from now after you finish typing something on Twitter you know? Let’s just say Miley learned her lesson and leave it at that *wink *wink”