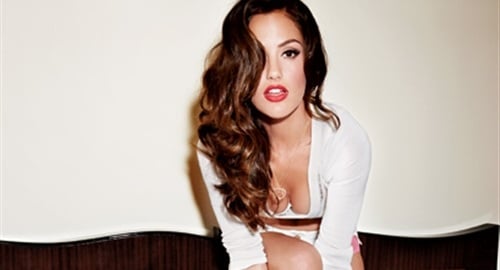 Minka Kelly has all the attributes of a great Hollywood actress, and by that I mean she is good looking and willing to prostitute her body.

Minka Kelly shows why she is an up and coming Hollywood star in the new issue of GQ magazine, by looking hot and taking pictures in her underwear. Minka is definitely a considerable talent, but it is a sin for a woman to whore her self out to the Zionist controlled Hollywood machine.

Hopefully Minka Kelly will see the light and realize that prostituting her tight body for money is wrong, and instead convert to Islam and join a powerful Sheik’s harem. Allahu Akbar!