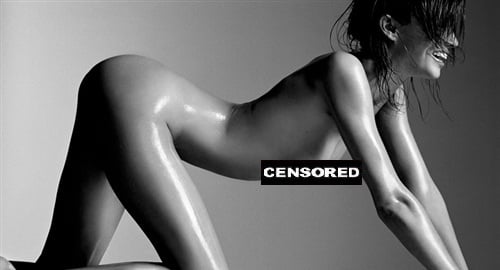 Victoria’s Secret model and actor Orlando Bloom’s wife Miranda Kerr just had the below nude photos leaked to the Internet by some perverted French photographer.

Only in the degenerate West would crappy black and white photos of a woman’s genitals be considered “art”. Of course Miranda is no stranger to prostituting her naked flesh, but this would be the first time she has done so since marrying Orlando Bloom.

These naked pictures have all but sealed Miranda Kerr’s fate, and Orlando Bloom will have to try to save his family’s honor by burning her with battery acid for this most egregious offense.