Nick Jonas Picks His Nose Again, But Does He Eat It? 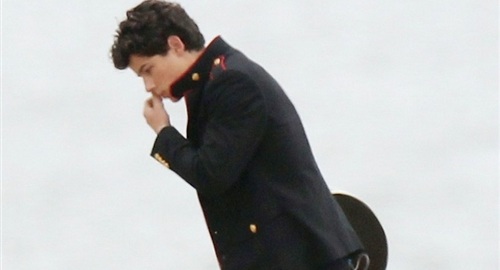 For the second time in 2 weeks, Nick Jonas was caught picking his nose. This time it was on the set of the new Jonas Brothers music video for their upcoming single “I Spit She Swallows”.

As you can see in the picture above Nick Jonas is once again up to his wrist searching for snot crystals. However, once again we have failed to capture photographic evidence of Nick Jonas eating them. Nick Jonas appears to be so adept at plugging holes though, maybe BP should send him to the Gulf of Mexico to see what he can do about this whole oil leak thing.

While Nick Jonas nose picking intentions will remain a mystery for now, I am hopeful that one day we’ll be able to capture Nick Jonas eating his boogers on film. For now that photo will remain as elusive as a clear picture of Big Foot, or a picture of Kelly Clarkson looking skinny.