Former “The Vampire Diaries” star Phoebe Tonkin performs in her second ever onscreen nude scene in the video above from S01E02 of her new series “Bloom”. 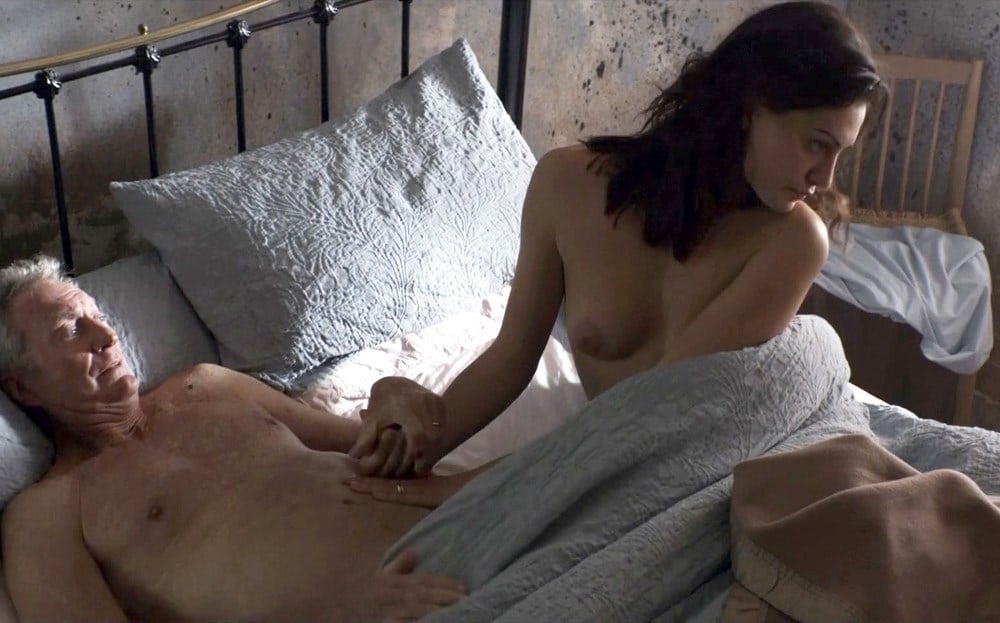 Of course the only positive thing that can be said about this latest Phoebe Tonkin nude escapade is that at least heathen Hollywood is finally coming close to depicting the proper age difference between a man and his wife.

Although with that said, this guy should certainly consider trading Phoebe in for a newer model. For the 2009’s are just coming into bloom and they are looking good. In fact, I’m counting down the days until I’ve collected enough figs, camel hair blankets, and Jew tooth necklaces to trade for one… And I’ve already picked out which one of my current wives I am going to shot and toss on the compost heap to free up room in my barn’s stables.