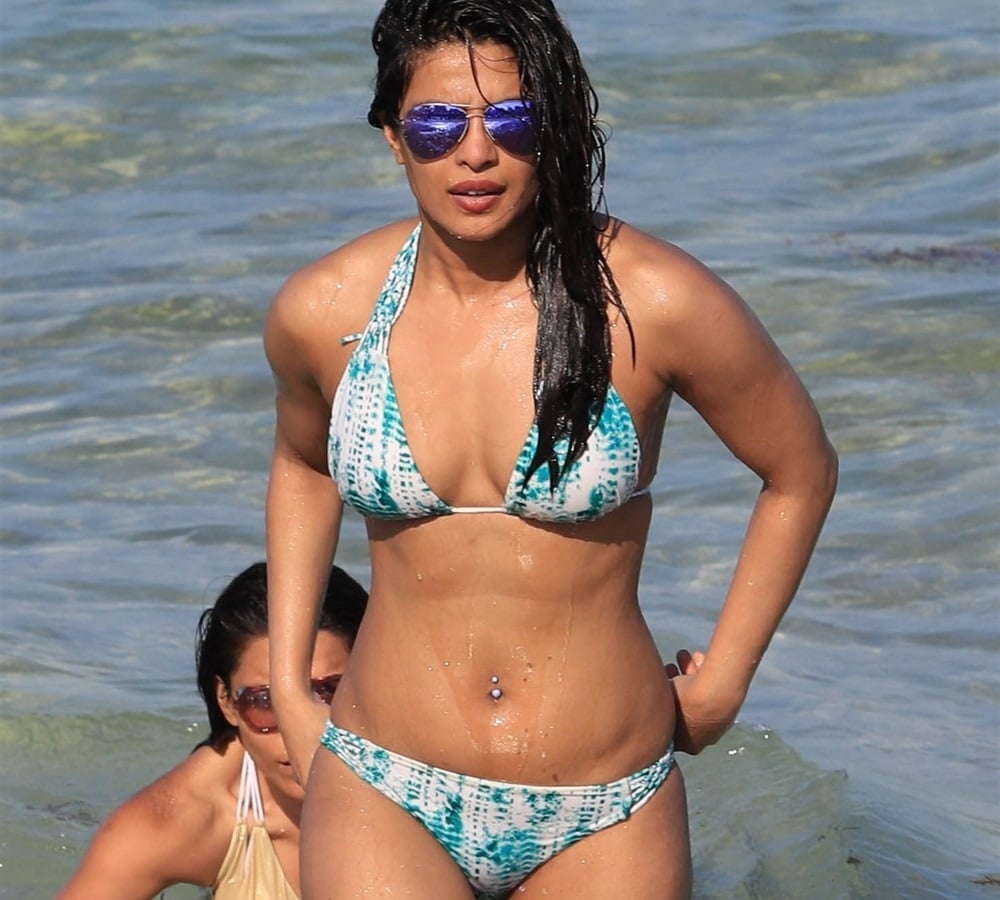 “Baywatch” star and Hindu harlot Priyanka Chopra flaunts her nearly nude body in a bikini in the candid beach photos below.

It was only a matter of time before cheap Bollywood sluts like Priyanka transitioned over to heathen Hollywood taking jobs away from the native Western whores. Of course black and latina actresses will be hit the hardest by this influx, for with their ambiguous skin tones Indian actresses like Priyanka could easily pass for a light skinned nigress or even a Mexican chica.

Granted the one draw back to using Indian actresses would be the foul stench of curry and cow dung that emanates from them, but the minorities they will be replacing have their own malodorous stench. Speaking of which, how dare Priyanka so brazenly pollute these ocean waters with her filthy female flesh. In the last few photos it even looks as though Priyanka thinks she is back in the Ganges, as she pulls down her bikini bottoms to take a dump in the breakers.