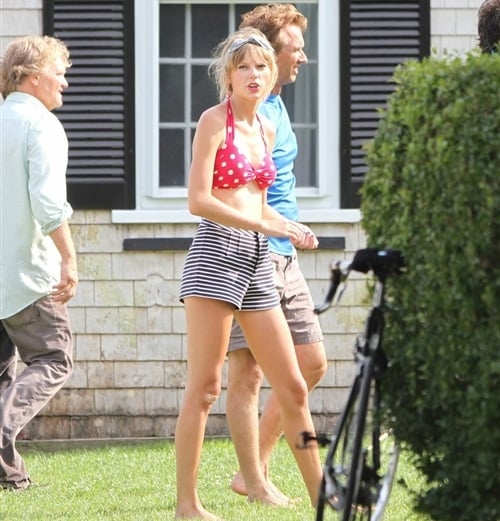 The Kennedys are considered the first family of America, so they must have been very impressed by an old hag like Taylor Swift parading around her gangly awkward body while diddling their barely legal son.

It is to bad old Ted Kennedy isn’t around to take Taylor Swift on one of his famous midnight drives off a bridge. The world would be a better place.