The Best Of Jennifer Aniston’s Nipples On ‘Friends’ 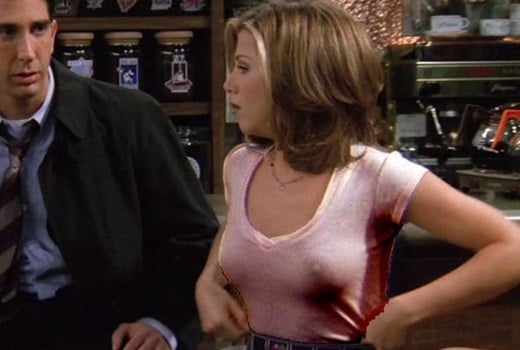 Despite never winning an Emmy, there is no denying that Jennifer Aniston’s rock hard nipples transformed the landscape of prime time network television in the 1990’s and on into the early 2000’s while making guest appearances on the hit TV show “Friends”.

Yes back in those days Jennifer Aniston’s nips were certainly halal, and they yearned for a Muslim’s rough touch nearly every week in front of a national TV audience. Below we have compiled their greatest moments from “Friends”, so that we may look upon them and remember when infidel TV shows still had something mildly interesting to watch.