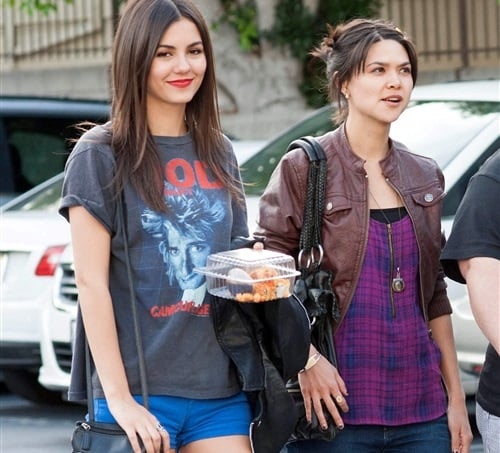 Victoria Justice wandered the streets of Los Angeles yesterday carrying a container of fried chicken while wearing booty shorts in a desperate attempt to attract a black guy.

This shameful display by Victoria Justice should come as no surprise as she clearly has a taste for the dark meat, and hopes to soon become a single mother on welfare.

Unfortunately for Victoria Justice she would have been better off just eating the fried chicken, as she does not look chunky enough in those short shorts to land a black man. Instead Victoria had to settle for some fat ass Mexican (as you can see in the last photo), in what the infidel kids would call an “epic fail”.